I'll be spending my Thanksgiving Day enjoying yummy food prepared by my lovely parents-in-law with my husband and my sister-in-law. Gotta say I love going to their house when Pop's homemade biscuits are involved! YUM!

**Side Note: My niece calls my parents-in-law Pop-Pop and Lemon. No idea how my mother-in-law was dubbed Lemon because she is no way a sour-puss! Evidently it has something to do with Strawberry Shortcake! That's the logic of a four-year-old! My mother-in-law loves it though and has actually signed cards to us with her new name!

Currently this is my design wall: 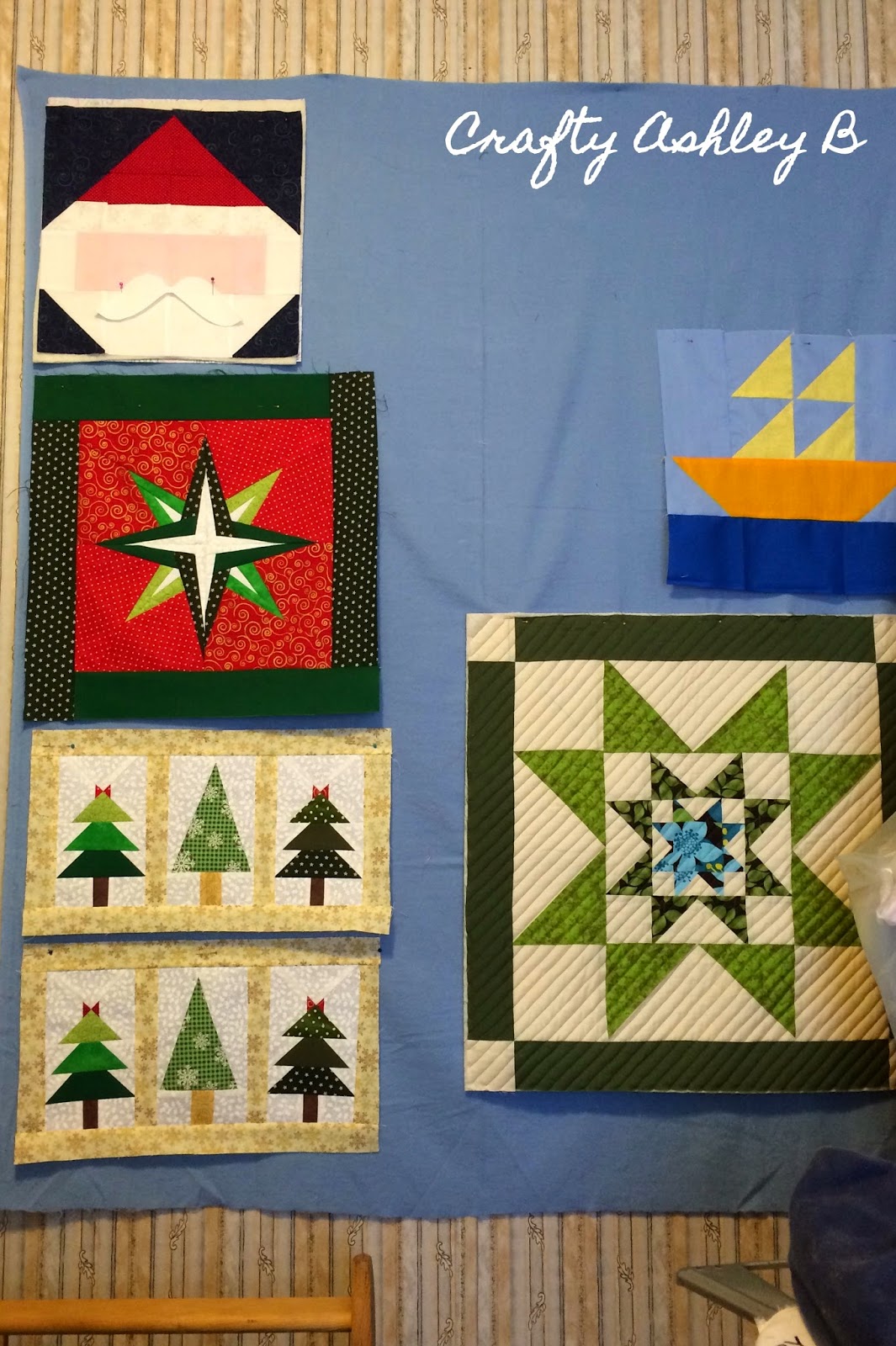 Yep that's a lot of Christmas plus some lonely orphan blocks. Don't worry; I have BIG plans for that sailboat block. There's a special little boy that will be making his grand arrival in the next few weeks. (Sooner rather than later is what I hear the momma saying!) So he'll need a special boat quilt to call his own especially with two adorable big brothers! No worries; pictures will come later! And, let's not talk about the variable star block that is already quilted and ready to become something. Kind of stalled out on that project. :(

An awesome friend from work wanted handmade goodies to give the women in her family. So she asked for some help from me! I was so excited and scared to take on this project.

So here's the breakdown of what these pretty blocks will turn into:
You see the mustache that's pinned to Santa? Yeah, that's as far as I've gotten with the applique! I am so worried about doing it! I've done it a handful of times. Yes, I know that I have to practice but it scares me!

I still have two more blocks to sew up before I can get going on the quilting. I need to make an ornament mug rug as well as a present mug rug. Here's a picture of my desk currently except add a grey cat (#sophiekitty) to the mix as well as she's joined me in the last ten minutes!

I'm linking up with Sew Fresh Quilts and Freshly Pieced! If you are visiting from there, HI!!! If you haven't checked them out click on the website name to go directly to the link-up. I have found some amazing bloggers and quilters through these link-ups!

Thanks for commenting! I look forward to hearing your thoughts!